Florida child support is often a contentious subject between ex-spouses. In some cases, the non-custodial parent will stop paying child support. If this happens, you have options.

In a video that recently went viral, a Virginia father demonstrates how resentful parents can get in the fight over child support. The reason the video went viral? It shows the father making his final payment to his ex-wife by dumping 80,000 pennies in front of her house.

While the mother and daughter turned something petty into a feel-good story by donating the payment (and inspiring others to donate) to Safe Harbor Shelter in Richmond, which serves survivors of domestic abuse, it also demonstrates how often emotions are at play for ex-spouses.

Sometimes those emotions cause the non-custodial parent to stop paying child support altogether. Many divorced parents in Florida wonder what happens if their ex-spouse stops paying court-ordered child support.

Here are a few things you can do to enforce your child support.

Penalties for Failure to Pay

Even in simple, amicable divorces, the relationship between parents can turn sour. The non-custodial parent may feel resentment for the amount of support they have been ordered to pay. They may feel that they should not have to pay child support at all. When this resentment grows, they may decide to stop making payments

In Florida, divorced parents have many avenues of recourse to force child support payments. When your child’s other parent fails to make court-ordered payments, you can file what is known as a civil contempt proceeding against them. If the court finds them in contempt, it can result in many different penalties, including:

The court may also levy other penalties against the non-paying parent. If found in contempt, the court may also hold them responsible for your court, attorney fees, and other expenses related to the case.

As you can see, you do not have to stand for your ex’s failure to pay their court-ordered child support. You have options to force your child’s other parent to meet their obligations as a parent.

Not receiving your Florida child support? You have options.

If your ex-spouse has stopped making their court-ordered child support payments, you need to get in touch with me so we can put a plan in motion. I am here to help you get the money that you need to support your child.

“All happy families are alike; each unhappy family is unhappy in its own way.” Leo Tolstoy.

Aventura family law attorney Helena Y. Farber treats every case with a unique approach, as no two cases are the same. The personalized approach of the Aventura divorce law firm of Farber Law, P.A. is reflected in their slogan “Thinking Beyond the Courtroom.” Miami divorce lawyer Ms. Farber understands that the decisions made during your divorce or any other family law matter will affect you and your family long after you leave the courtroom and therefore, attorney Farber thoroughly educates her clients as to their rights and responsibilities regarding their case and any possible outcomes, to enable the client to make the right decision.

Ninety-eight percent of divorce and family law cases settle in mediation. Attorney Helena Y. Farber prides herself in encouraging the less acrimonious and litigious approach to cases, which saves money and leaves the decision-making to the parties and not the Judge. Ms. Farber can carefully guide you during mediation to arrive at a comprise that is acceptable to both parties and is in the best interest of the children involved. However, attorney Farber does not shy away from litigation and if it becomes necessary, will effectively and aggressively pursue her client’s rights in the courtroom. 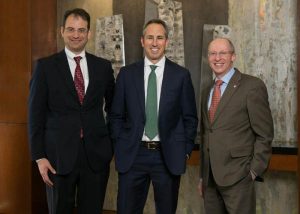 Ms. Farber is a magna cum laude (top 10%) graduate of Nova Southeastern University, Shepard Broad College of Law. Aventura divorce law firm of Farber Law, P.A. has vast experience in representing individuals in a variety of divorce and family law cases. Miami divorce attorney Helena Y. Farber prides herself on staying up to date on all the latest case law, attending many seminars, and continued legal education courses. Ms. Farber truly cares about her clients and takes time to listen and handle every case with utmost care and compassion. Aventura family law firm of Farber Law, P.A. believes that communication is key to a successful case, and is always available to answer any questions or concerns, with all calls and emails returned promptly. 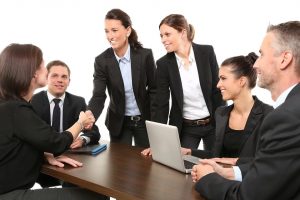